Here is a neak peak of the 6th Edition Pendragon core rules and an accompanying scenario, The Adventure of the Great Hunt, originally outlined by Greg way back in 1991 and presented here in print for the first time.

Greg started work on the new edition ten years ago. Since that time, it has gone through multiple development phases and is at last nearly ready for its public debut. He called this, and always intended it to be, his “ultimate edition” and we are proud to see it finally coming to fruition.

"Pendragon veterans will find that the fundamentals of the game remain the same, with subtle modifications reflecting the culmination of nearly three decades’ refinement of Greg’s vision of Arthurian fantasy", said Pendragon line editor David Larkins.

For newcomers to Pendragon, everything you need to experience the Pendragon system is here in The Adventure of the Great Hunt: the core rules, a scenario playable in a single session, and six pre-generated characters. 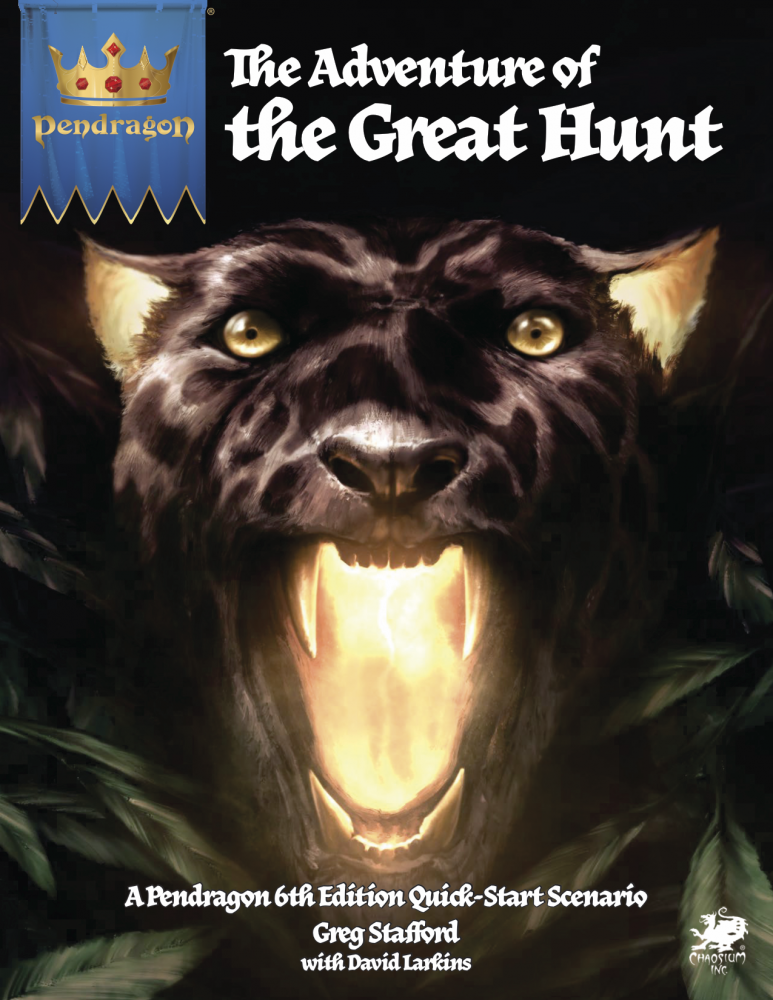 Angel CALLil y a 1 an 7Tigers Alessandro Zanniil y a 1 an

Utilisateur anonymeil y a 1 an Gollumil y a 1 an 7Tigers Man From Outerspaceil y a 1 an David

Utilisateur anonymeil y a 1 an Man From Outerspace Jayil y a 1 an Utilisateur anonyme