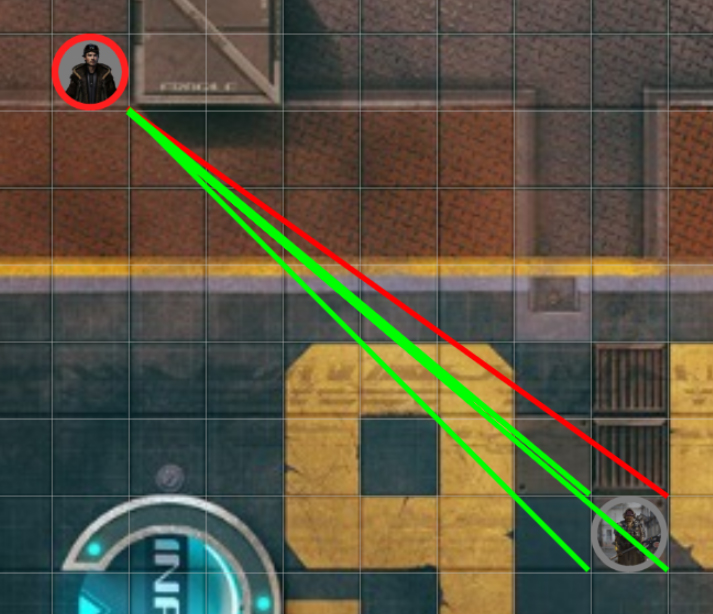 Cover does not necessarily block precise senses, but it does make it more difficult for enemies to hit you. To determine whether your target has cover from your attack, choose a corner of your square. If any line from this corner to any corner of the target’s square passes through a square or border that blocks line of effect or provides cover, or through a square occupied by a creature, the target has cover. Cover grants you a +4 bonus to AC and a +2 bonus to Reflex saves against attacks that originate from a point on the other side of the cover from you. Note that spread effects can extend around corners and negate these bonuses.

Cover and Attacks of Opportunity

If you have cover relative to an enemy, it can’t make an attack of opportunity against you.

A low obstacle (i.e., a wall half your height) provides cover, but only to creatures within 30 feet (six squares). The attacker ignores the cover if he’s closer to the obstacle than his target is.

Creatures, even enemies, between you and the src of an effect provide you with cover against ranged attacks, giving you a +4 bonus to AC. However, soft cover provides no bonus to Reflex saves, nor does soft cover allow you to attempt a Stealth check.

If more than half of you is visible, your bonuses from cover are reduced to +2 to AC and +1 to Reflex saving throws.

If an enemy doesn’t have line of effect to you (see page 271), you have total cover from the enemy. A creature can’t make an attack against a target that has total cover.